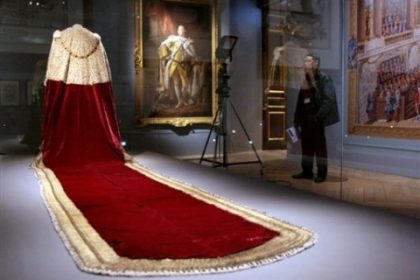 Sable might be today’s uncontested king of luxury furs, but historically, ermine was the status quo fur for royalty, and the most sought-after fur for court presentations and official portraiture. Ermine, as it turns out, became linked with Western European courts due to a symbolic legend stating that an ermine would “rather die than be defiled/soiled”, as translated from the  Latin, “potius mori quam foedari”. Hence its representation of royal “moral purity.” 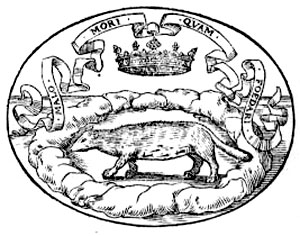 Henry Peacham‘s Emblem 75, which depicts an ermine being pursued by a hunter and two hounds, is entitled “Cui candor morte redemptus” or “Purity bought with his own death” 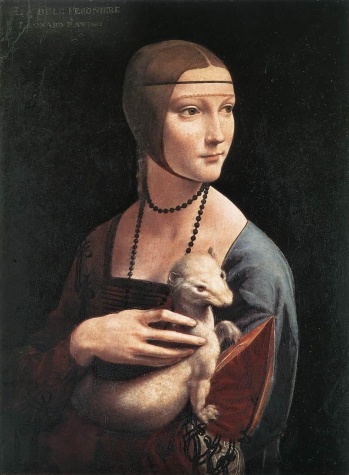 Variations on the heraldic Ermine design 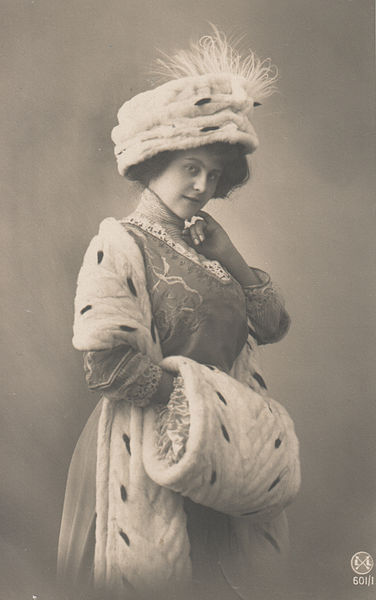 The white winter ermine is the  favored fur, not its summer chestnut colored coat. White ermine with its trademark black tail-tip became so entrenched with aristocratic fashion  from the medieval period onwards that it even found a place in heraldry. For example, the coat of arms of Bretagne (Brittany), in France, references ermine markings in its design. 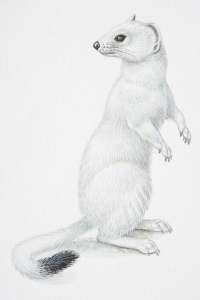 Illustration, Stoat or Ermine (Mustela erminea) standing on hind legs and turning its head back to look behind it, side view (by Dorling Kindersley) 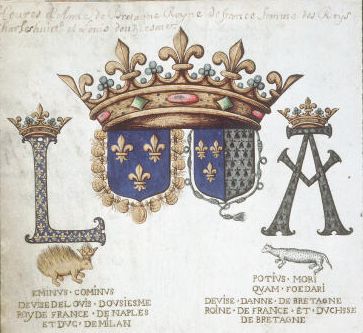 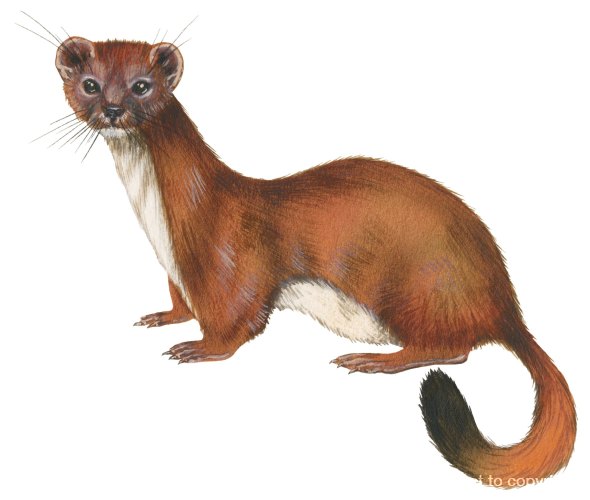 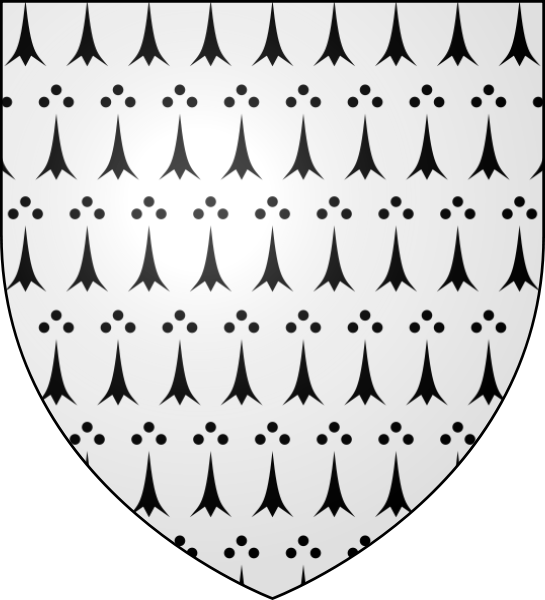 Spectacular coronation portraits displayed in museums today show how effectively European monarchs used ermine and art as a projection of power and wealth from the onset of their reign. If a picture is worth a thousand words, coronation portraits bellowed clearly and loudly who was in charge symbolically and physically from that moment on. 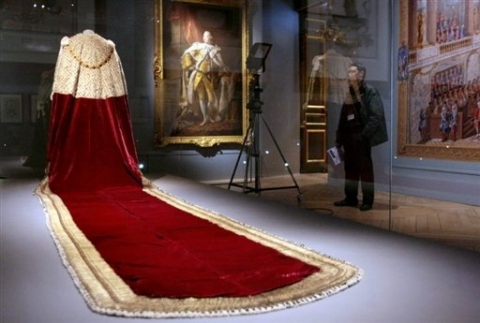 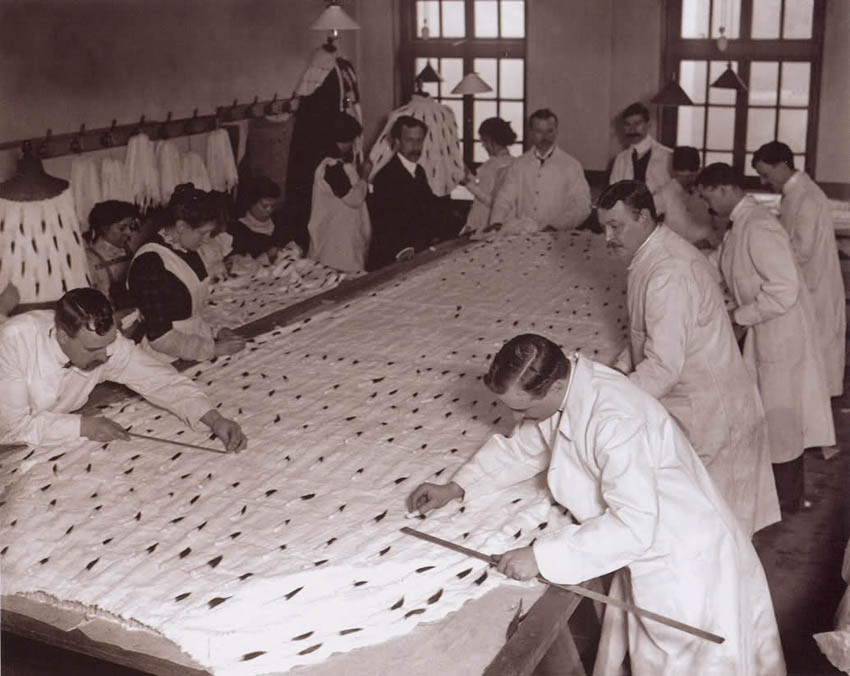 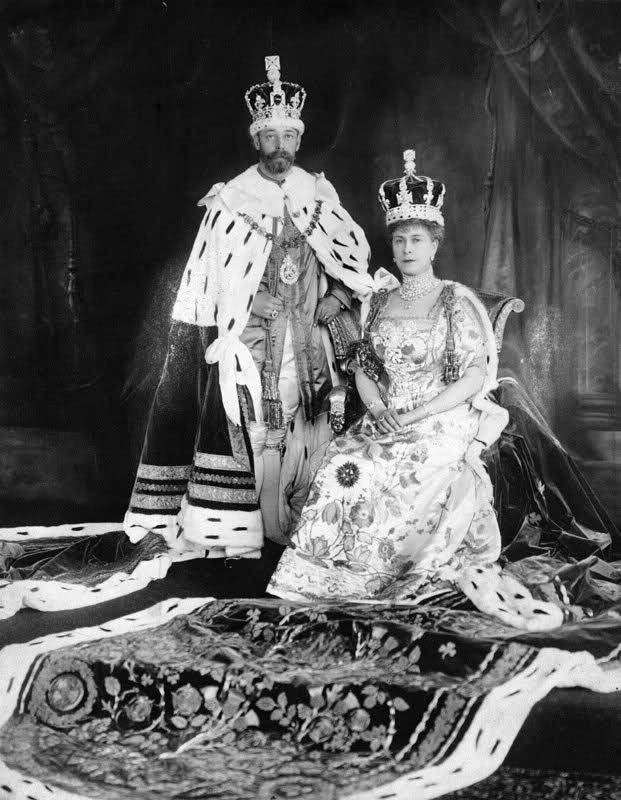 King George V and Queen Mary after their coronation 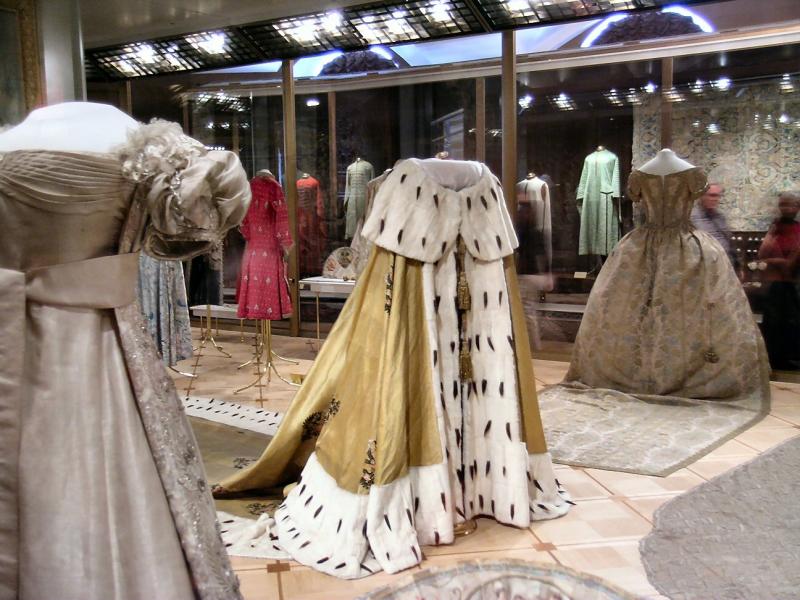 One of the Romanoff imperial coronation robes on display at Kremlin Museum, Moscow, Russia. 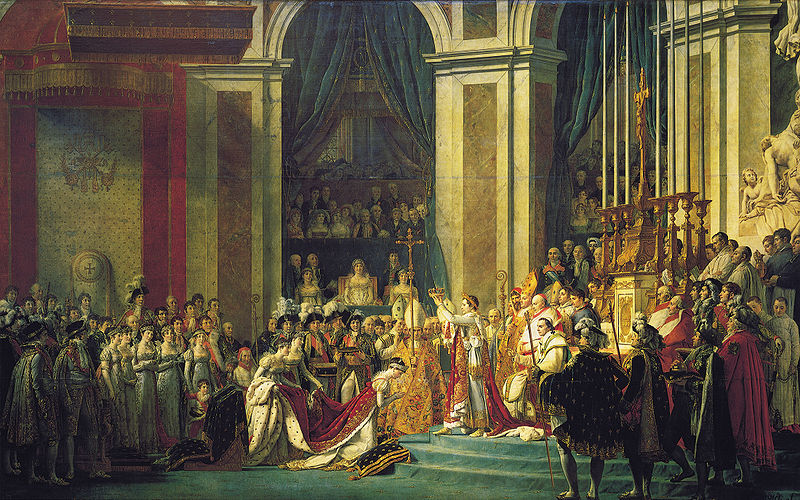 Coronation of Emperor Napoléon I and Coronation of the Empress Joséphine in the Notre-Dame de Paris, December 2, 1804. Painted by Jacques-Louis David and Georges Rouget, between 1805 and 1807

One of the most extravagant examples of Royal/Imperial might and splendor was Catherine II of Russia, better known as Catherine the Great. The “accidental” ascendance of this relatively minor Prussian princess to the Russian Imperial throne through a well-orchestrated coup d’état (including the death of her husband) is full of drama and intrigue.  What Catherine (b. Sophie Auguste Frederike von Anhalt-Zerbst) lacked in birthright, she easily overcame  once at the helm of the Russian throne.

Catherine II on her horse Brilliant, by Vigilius Eriksen, after 1762, showing Catherine as she was on the day of the coup d’état. Image © The State Hermitage Museum, St Petersburg 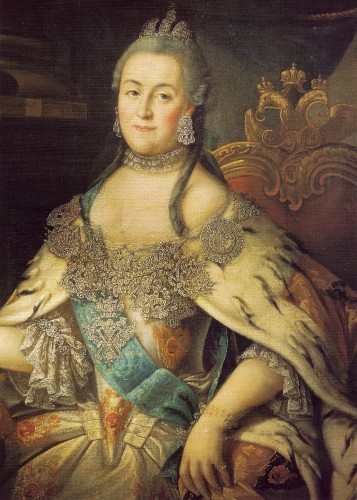 Portrait of Catherine II of Russia wearing ermine and diamonds

Her taste for grandeur and excess brought her to devise one of the most extravagant coronations in history. Her 1762 coronation train was a whopping extravaganza of ermine trimmed and gold embroidered velvet that required 6 chambermaids to help navigate throughout the ceremony. 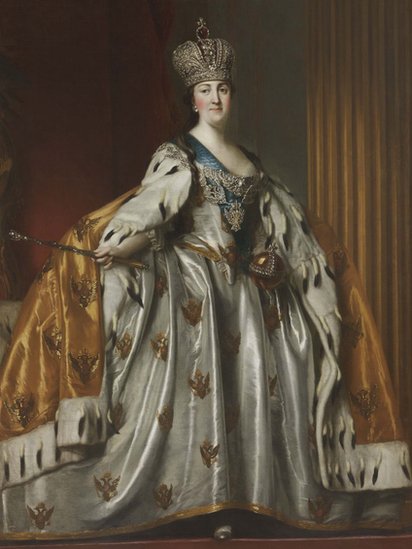 Coronation Portrait of Catherine the Great, by Vigilius Erkisen

For the coronation of Catherine the Great (Catherine II) in 1762, court jewelers Ekhart and Jérémie Pauzié created a new crown, known as the Great Imperial Crown, which used the style of a mitre divided into two half-spheres with a central arch between them topped by diamonds and a 398.72-carat red spinel from China. 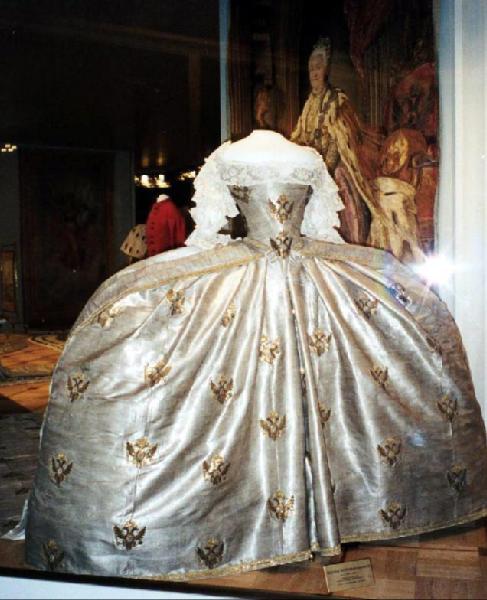 Ermine maintains its rare and exclusive position in  fashion today and its influence is reflected in portrait galleries and museums around the world as well as conceptually in current collections. 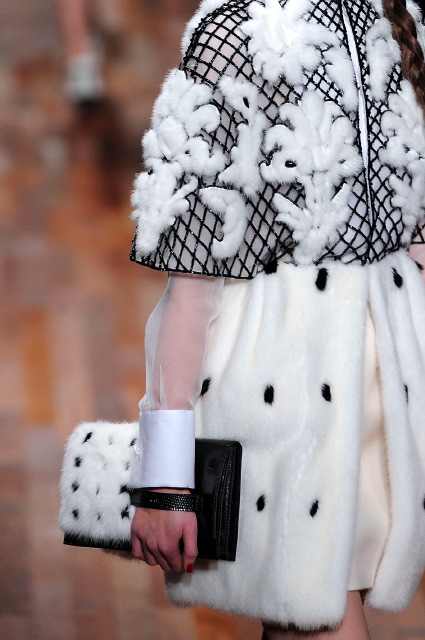 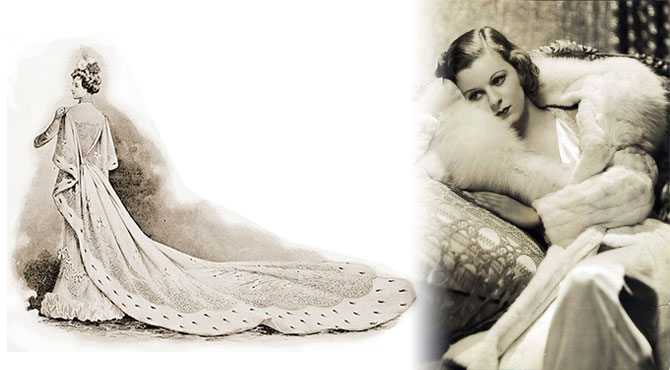